Mathew Reiss is a product manager by day, Pebble developer by night. He started writing code for Pebble before his Pebble Steel had even shipped, and has been coding non-stop ever since. Some of his more popular apps include TripAdvisor, Yahoo! Fantasy Football, and Pokedex Challenge. He has attended the Pebble Developer Retreat every year since 2014, and loves being an active part of the Pebble community.

You can get in touch with Mathew in a number of ways: on the Pebble forums, reddit, and the PebbleDev Slack channel (@mathew). He’s always interested in helping someone new to Pebble development, or hearing feedback/suggestions about his watchfaces and apps. 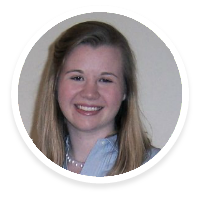 Kate Reiss loves tacos. Also, she enjoys broadening the Snowy community through social media strategy and handling the finances so Mathew can keep coding with the lights on in their apartment.  When not obsessing about a virtual dog, she can be found hanging out with their real dogs, Teddy & Luna.